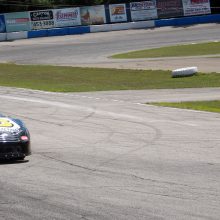 Indianapolis racing driver Stephen Cox returned to Ohio’s Midvale Speedway for the first time in two years on Saturday night. In his first outing with a new car, new team and a new pit crew, the STA-BIL Brand Fuel Stabilizer #21 was able to run solidly in the top five all night. The Super Cup Stock Car Series made its annual visit to Midvale on August 10th, holding two 50-lap headline events. Crew chief Ben Ebeling and mechanic Dylan Mays wrenched on the car throughout practice and Cox, Midvale’s former track record holder, was able to nail down the fourth Read More 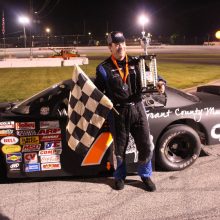 When the green flag drops on the “My Water Doctor Night at the Races” this Saturday evening at Ohio’s Midvale Speedway, Indianapolis racing driver Stephen Cox will be looking for his second win at the facility. The final Northern Division round of the Super Cup Stock Car Series features twin 50-lap main events to be recorded for broadcast on the MavTV television network. Cox’s most recent start at the track came in June 2017. He jumped into his teammate’s car after Cox’s primary machine was sidelined with a broken rear end, starting dead last in the field and charging to Read More 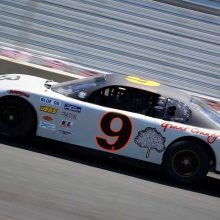 Indianapolis racing driver Stephen Cox will return to C7R Motorsports and the Super Cup Stock Car Series for a third consecutive year in 2018. Cox, the track record holder and 2017 race winner at Ohio’s Midvale Speedway, will participate in eight SCSCS events. He will vie for the Southern Division crown with support from STA-BIL Fuel Stabilizer. “I’m really thankful to return to C7R, and I’m grateful that my friends at STA-BIL Fuel Stabilizer are back on board as well,” Cox said. “That kind of continuity is what makes good things happen for a race team. Our car was brand Read More 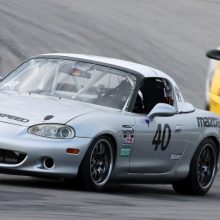 DRIVER EGO: The Key to Building a Successful Racing Series

. The Stephen Cox Blog is Presented by McGunegill Engine Performance The easiest way to increase car count in short track racing and amateur road racing is to keep your drivers happy. Really happy. Fortunately, there is a very effective and affordable way to do that. It was four o’clock on a Sunday afternoon, August 29, 2004. It was blazing hot at the Hallett Motor Racing Circuit just outside of Tulsa. Although we missed the setup and were posting slower-than-usual lap times, we won the GT-2 qualifying race after the leader retired with a broken supercharger belt. I climbed out Read More 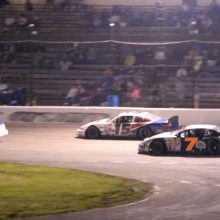 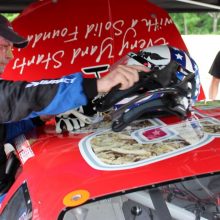 June 6, 2016   It's a tough pill to swallow, but Codie Rohrbaugh Racing driver Stephen Cox will miss the June 18 event at Columbus Speedway and give up the lead in the Super Cup Stock Car Series championship points race. Instead, he will rejoin Scott Hoke, John Kraman and Bill Stephens to co-host NBCSN's coverage of Mecum Auctions from Portland.   “We knew this could happen, and there was never any question what my choice would be,” Cox said. “Mecum is my top priority and I'm happy about that. I've had to walk away from several possible championship titles Read More 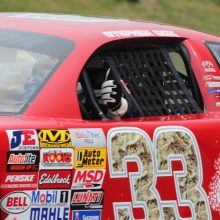 Midvale, Ohio (June 5, 2016, source - Super Cup Stock Car Series) – During Saturday’s Hilltop General Store 75 presented by Frontier Tool and Equipment Rental, the field of competitors were not only evading impending storms in the sky but also within the abundance of action on the track.  Petersburg, West Virginia’s Brent Nelson dodged and survived numerous close calls to come away with his third career Super Cup Stock Car Series victory.  It was his first at Eastern Ohio’s Midvale Speedway.

“We thought we had it won three different times and still had to fight for it,” Nelson said, adding that he could not recall being part of a more eventful conclusion to a race.

Some dramatic altercations set up by a yellow flag with only two laps to go resulted in four green-white-checkered attempts on the 3/10-mile, but the turning point to the race came even earlier.  A long green flag run during the middle stages of the 75-lap event began to get interesting as 2015 Midvale winner Larry Berg was tracking down the leader and teammate Stephen Cox, who set a track record earlier in the evening with a lap time of 14.758 seconds. 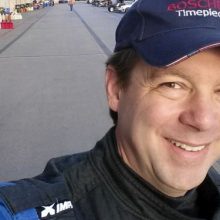 Cox Returns to Racing This Weekend 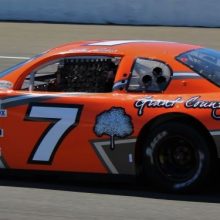 April 19, 2016
Veteran race driver Stephen Cox will return to the Super Cup Stock Car Series in 2016, taking over the seat recently vacated by 2014 Rookie of the Year Codie Rohrbaugh. The series begins competition at Ohio's Midvale Speedway on May 14th.
Read More