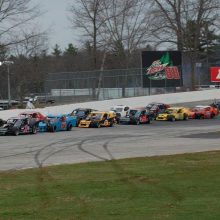 The Stephen Cox Blog is presented by “Corvette Miracle: The 1970 24 Hours of Daytona”   This car was mean-looking and low slung. The roofline didn’t rise any higher than a Lamborghini. The tires were huge; the widest I’d seen since the last time I was in a sprint car. Maybe that’s why my neck started to ache halfway through the race. The cornering speed of this car was amazing.  My car owner, Dan Merservey Sr., just kept asking, “Stephen, are you having fun?” Heck, yes. Just standing beside it was fun. Actually driving it was euphoric.  New England’s Pro-4 Read More 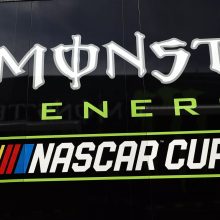 The Stephen Cox Blog is presented by “Corvette Miracle: The 1970 24 Hours of Daytona” Auto racing is the most over-regulated sport in the world. Germain Racing crew chief Matt Borland was suspended by NASCAR following a random drug test, reportedly for the mortal sin of drinking a particular type of coffee for the last six months. This dietary version of Satan’s brew comes with Dimethylamylamine (DMAA), which helps users burn body fat. Dunno about you, but burning excess body fat seems like a good idea to me. DMAA also provides an energy boost by imitating adrenaline and potentially creating Read More 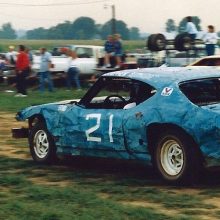 . The Stephen Cox Blog is presented by “Porsche Legend: The Penske L&M Porsche That Made Racing History” It was the late summer of 1985. Huey Lewis and the News topped the charts with “The Power of Love.” The epic sci-fi classic, “Back to the Future” was number one at the box office. Central Indiana weather was blazing hot. We had no money and we knew absolutely nothing about auto racing. Our team consisted of three people. My 46-year-old father, Nelson, my sister, Dory, and me. We had purchased a beat up 1968 Chevelle for $250 and took turns driving Read More 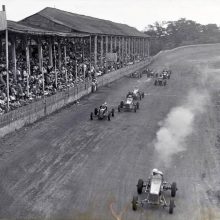 . The Stephen Cox Blog is presented by “Corvette Miracle: The 1970 24 Hours of Daytona”   Winchester Speedway’s web site advertises the track as the “world’s fastest half mile.” And now we know why. The recent discovery of a handwritten 1922 letter offers a few small clues as to how builder Frank Funk constructed a facility that still holds the world record for half mile tracks more than a century later. Frank Funk was a successful farmer who owned a home and a large tract of land just west of Winchester, Indiana on State Road 32. Part of this land Read More 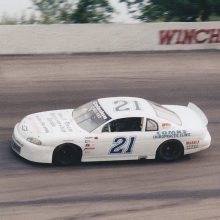 SHORT TRACK: An Homage to a Forgotten Series

. The Stephen Cox Blog is presented by Sopwith Motorsports Television Productions Hard to believe it’s been nearly 20 years since the Championship Auto Racing Series (CARS) ran exciting, wheel to wheel stock car races on short tracks around Indiana. This series was distinct from and should not be confused with today’s southeastern CARS series that descended from the old Hooters ProCup series. The original CARS series was Indiana-based, founded by former ARCA driver Morris Coffman. The concept was built around a spec stock car chassis powered by 305 cubic inch Chevrolet small block engines with two-barrel carburetors that produced Read More 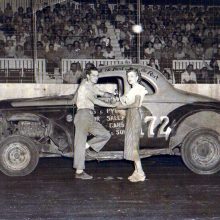 “No Trespassing” signs were everywhere. I had taken a wonderful 90-minute ride on my Triumph Bonneville to see the old race track and I didn’t want to go home empty-handed. It took half an hour to find someone who assured me that I could take a few quick photos of the former Armscamp Speedway in Alexandria, Indiana. There’s not much left. The south concrete wall still stands, marking the asphalt track’s fast main straightaway. The smaller infield track, which circles inside the quarter mile main facility, is easier to make out. Half-century old trees have grown up and through everything, Read More 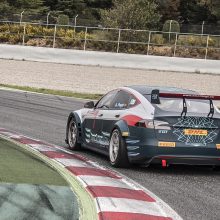 Stephen Cox Blog Presented by McGunegill Engine Performance As racers and motorsports enthusiasts, most of us like to keep our ear to the ground about what’s happening in our sport. Who could have predicted the explosion of $500 “crapcan” endurance racing, the declining attendance in NASCAR or the amazing rise of Formula E? What’s next in our sport, and why? I must admit that the success of Formula E took me by surprise, especially considering the intense controversy surrounding electric vehicle racing. Personally, I don’t take a side in the debate. I drive stock cars, sports cars and anything else Read More 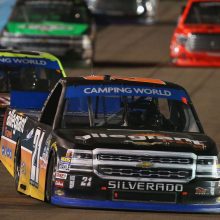 How To Save The NASCAR Truck Division

Stephen Cox Blog Presented by McGunegill Engine Performance It’s really not that difficult to organize a race series. But turning down money? Now that’s tough. The easy way to run a series is to have an official provider for everything from tires to body kits to engines. Mandatory components (“spec” parts) are frequently offered as a fix-all solution though in reality, costs are rarely contained. Remember, everyone at every step along the way has to make money. The series, the parts manufacturers, the distributors and on and on. Everyone gets a piece of the action and team owners are stuck Read More 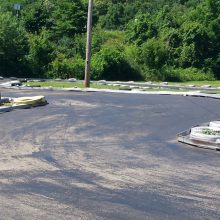 Salty Dog’s Grand Prix and the Future of American Racing

Stephen Cox Blog Presented by McGunegill Engine Performance I started late. I didn’t drive in my first professional auto race until age 21. Before that, I was addicted to go kart racing. No, not the World Karting Association or the National Karting Alliance. I’d never heard of them. My karting career began by paying five dollars for ten minutes of track time in a 5 horsepower, 25 mile per hour fun kart at tiny, tourist-driven venues during our family vacations. We stopped at go kart tracks from Virginia to Utah. Any track, any time. It wasn’t real racing, but it Read More 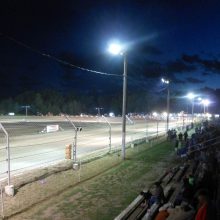 July 5, 2017 Stephen Cox Blog Presented by McGunegill Engine Performance Indianapolis. Le Mans. Milwaukee. Those are the places that come to mind when discussing the oldest and most legendary race tracks on the planet. Montpelier is rarely mentioned, though it should be. Last weekend I discovered a small, dirt bullring in eastern Indiana that has been one of auto racing’s best kept secrets for over a century. Built as a half mile horse racing track in 1903, Montpelier Motor Speedway held its first automobile race on Tuesday afternoon, May 4, 1915. To put that date in perspective, it was Read More