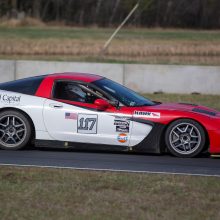 (Photo courtesy of Tim Kruse Sports Photography) In preparation for the belated start of the 2020 racing season, the 104+ Performance/Braunschweig Racing Corvette of driver Stephen Cox will get a shakedown this Thursday at Brainerd International Raceway’s 3.1-mile road course in Minnesota. Team owner Matt Peterson said, “We’re verifying that the recently freshened transmission is working right. We’re testing the new anti-lock braking system, the new dry sump system, and the differential and transmission cooling to make sure everything is working right without any leaks or other issues. Track time is unlimited. We have an open track all morning and Read More 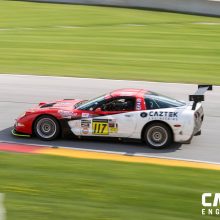 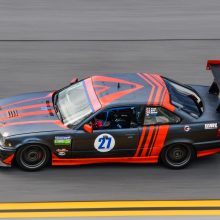 Indianapolis racing driver Stephen Cox will drive double duty at next month’s WRL Can-Am Endurance Championship sportscar race at Road America by competing for two different teams on consecutive days. On May 2nd, Cox will return to North Loop Motorsports as part of their four-driver lineup for Saturday’s eight hour event. North Loop is the 2019 World Racing League championship team in the highly competitive GP2 class, where their BMW race car has won multiple events. Driving for long time sponsor 104+ Performance, Cox made his first appearance with the North Loop team during their title run at Hallett Motor Read More 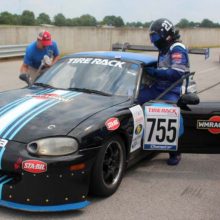 Cox and WMRacing Charge From Back of Pack to Podium Finish

. Indianapolis racing driver Stephen Cox scored the 66th podium of his career last weekend when his team came from ten laps down to finish third in the Champcar Endurance Series Class A event at NCM Motorsports Park in Kentucky. Plagued with fuel line problems during the opening laps of Saturday’s 8-hour sports car event, the STA-BIL Fuel Stabilizer/104+ Performance/WMRacing Mazda MX-5 was the fastest car in the Class A field although it appeared to drop out of contention early in the race. “Justin Ford laid down some great laps in the first two hours but had to make three unscheduled Read More 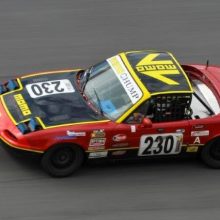 Cox to Race With Tallahassee’s Momo Champ Team in June 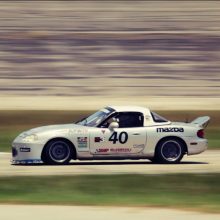 . The Stephen Cox Blog is presented by “Corvette Miracle: The 1970 24 Hours of Daytona” Al Unser, Sr. used a hotel lobby display car to win at Indianapolis in 1987. 46-year-old Juan Fangio broke and re-broke the Nurburgring lap record three times during his miracle Formula One victory in 1957. Every motorsport enthusiast can recite a list of the great driving performances in auto racing history. But many of the sport’s truly amazing drives will never be known, not because the feats were less dramatic but because they occurred at amateur events with anonymous drivers. Like this one. Sunday, Read More 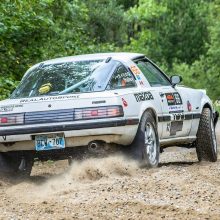 Cox Signed by RealAutoSport to Drive 6 Hours at Heartland

. Indianapolis racing driver Stephen Cox has added NASA Pro Racing’s “Fire on the Prairie” 6-hour endurance race to his summer schedule after reaching an agreement with Tulsa’s RealAutoSport race team earlier this week. The NASA 6-Hours will be held on Heartland Motorsports Park’s 2.5-mile, 14-turn road course on July 14th. Preparation of RealAutoSport’s Mazda was overseen by team principal and former national rally champion Mike Halley, who first signed Cox to drive in 2003. “Mike’s cars are always well prepared and it’s always a privilege to race with him,” said Cox, who drives with support from STA-BIL brand Fuel Read More 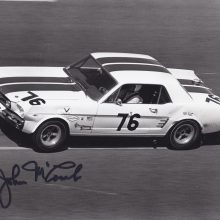 November 15, 2016
Stephen Cox Blog Presented by McGunegill Engine Performance
(Part 3 of a 3-part series) John McComb ordered a new car for 1967. The choice was easy. Given his success in the 1966 Group 2 Mustang, he ordered a new notchback for 1967 to pick up where he left off with the Shelby program.
The 1967 Mustang was the model’s first major redesign and the car gained both size and weight. McComb didn’t care for either.
“Even though the ’67 car had a wider track, it was a heavier car, so I don’t really think the wider track helped,” McComb said. “The ’66 car was just a very reliable, quick car. I always thought the ’66 car was better than the ’67 anyway.“
While awaiting delivery of the new car, McComb pulled his old mount out of the garage to start the new season. The 1966 car still ran strong, competing at the Daytona 300 Trans-Am race on February 3, 1967 and in the 24 Hours of Daytona the following day.
Read More 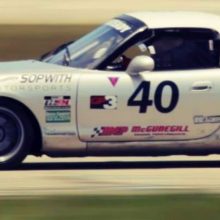 May 3, 2016
The Stephen Cox Blog is Presented by McGunegill Engine Performance
When it comes to ranking great sports cars, the Japanese machines of the previous century are rarely considered. Yet in their day they offered performance and reliability that was nowhere to be found in Detroit's American competitors.
Read More 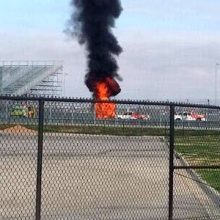 TRAPPED IN A BURNING RACE CAR, Part I

March 2, 2016
The Stephen Cox Blog is Presented by McGunegill Engine Performance
It was the same sound you hear when you pour too much lighter fluid on the charcoal as you're preparing a Fourth of July barbecue. A giant “whoosh” followed by a flash of flame.

Except it was a thousand times louder. And it wasn't charcoal that was on fire. It was me.
Read More