The most successful season in the 31-history of Sopwith Motorsports came to an end last weekend with two first-place trophies at Tulsa’s Hallett Motor Racing Circuit.

In a joint effort with Shaky Dog Racing on Saturday and Sunday, the team participated in the GP2 division of the World Racing League’s October Rush sports car endurance races.

Despite falling four laps off the pace after two lengthy pit delays, team drivers Cletus Craft and Jason Mayher brought the Sopwith/Shaky Dog Mustang back to second place, less than forty seconds behind the leader late in the event.

Driver Stephen Cox took over for the final stint, passing for the lead and bringing the team’s Mustang home to victory after 335 laps, 570 miles and nine hours of hard racing.

“I’d like to thank Chris for bringing me on board, and thank Jason and Cletus for giving us a real chance to win by driving so hard in the middle of the day,” Cox said after the race. “I got to drive it across the finish line, but they are the ones who really set us up for success. All I had to do was make a clean pass. Those guys had to make up several laps, and they did it, and preserved the car at the same time.”

The superior fuel mileage of Team LMR’s BMW allowed them to take a strong lead midway through the day. It appeared as if Sopwith/Shaky Dog’s Mustang would be forced to settle for second place until a crash removed Team LMR from contention with only 2½ hours remaining in the race.

Following the same driver rotation as the previous day, Cox again took over driving duties toward the end of the event.

“I think the last 90 minutes were some of the hardest laps I ever drove,” Cox said. “The panhard bar came loose and we lost two laps in the pits while the crew removed it. Without the bar, the car was sliding all over the race track. The power steering was failing and the front right brake rotor was cracked as well. The whole car shook badly in every corner, but it just wouldn’t quit. It’s a Chris Lewis-built car, so it’s as strong as a tank and it still took us to the checkered flag.”

Sopwith Motorsports scored a Top 5 finish at every event in the 2015 season. The team’s seven races produced three wins, a second place and two third-place finishes, and a fifth. The team hasn’t finished outside the Top 5 in any event, on ovals or road courses, in any type of race car since early July 2014. 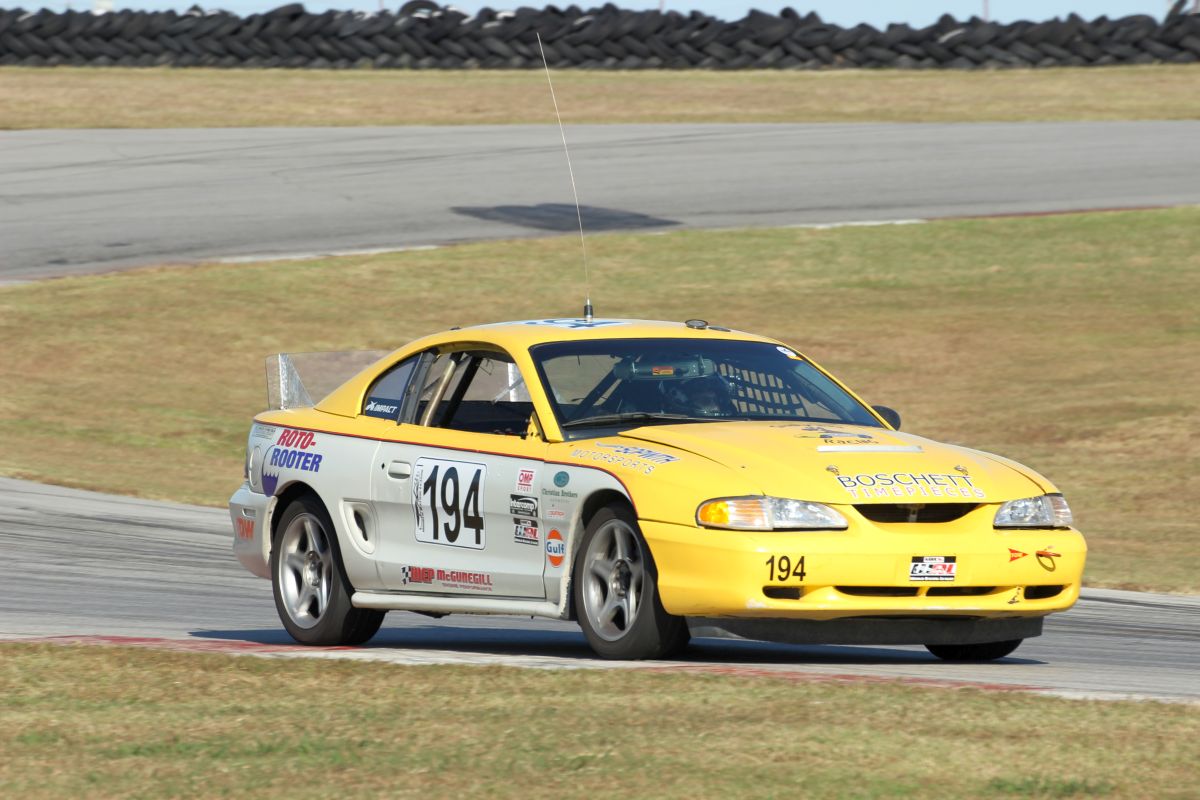