As racetracks across the country continue to close, I sometimes wonder if Americans realize what they’re missing.

This past weekend I drove the Pack Motorsports/Boschett Timepieces/McGunegill Engines Special in the Super Cup Cool Shirt 100 at West Virginia’s Ona Speedway. I’m supposed to cover my participation in the race with this blog, but we’ll get to that in a minute. 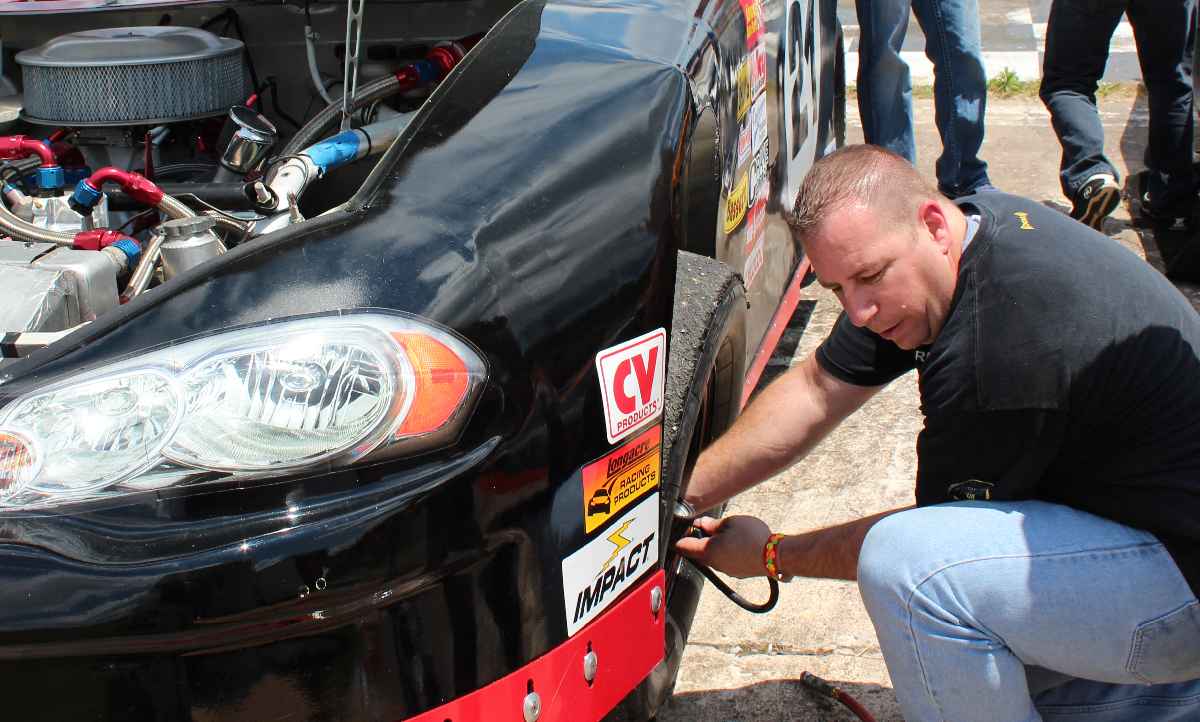 There’s a greater issue at stake here. Irwindale Speedway is gone. Kamp Motor Speedway is history. The legendary Milwaukee Mile hangs by a thread. Americans have fallen in love with colored electrons on little bitty screens and have forgotten the magic that awaits them at their local track every weekend.

Last Saturday night at Ona Speedway I watched a middle-aged man in need of a hip replacement burn up the track and take a heroic, well-deserved win. He struggled to get out of his car in victory lane but drove like a wild banshee on the track. His name was Harvey Harrison.

Ever heard of him? Probably not.

But do you really believe that all the great drivers are in Indycar and NASCAR? I don’t. I’ve raced against Scott Sharp, Brian Vickers, Tommy Kendall and many others from the major race series and they’ve got nothing on Harvey.

The top racers at American short tracks are as good as any of the racers I’ve competed against from major series’. The only difference is funding.

Visit your local racetrack and see your local drivers. It’s time well spent. The good ones are better than you think. One day our grandchildren will look back on this era the way we look back on the great board tracks of the early 20th century. Go see them while you can.

Okay, that’s my rant. Now… about my race.

Got into the Huntington area on Friday night and went to Shogun’s Japanese Steakhouse for dinner with my son. A nice couple named Clinton and Stephanie sat at our table. Clinton was the well-groomed, studious type with slim black glasses and a methodical manner. He seemed comically mismatched with Stephanie, a blond extrovert with a thick, pleasant southern accent and a lot to say. They shared their sushi with us just before our filet mignon and shrimp were served.

We chatted off and on throughout the meal and enjoyed their company greatly. When our server didn’t bring my check, I thought it was an oversight so I just waited. Next thing I knew, Clinton and Stephanie bid us goodbye and told us they’d taken care of our meal as they walked out the door.

Wow. Have you ever had your dinner bought by two total strangers simply because they’re nice people who are welcoming you into their town? Me neither. It’s rare to see that sort of kindness from people who could expect nothing in return. I don’t even know their last name.

The following afternoon my racecar was super fast right off the trailer. The Pack Motorsports crew is truly amazing. They made me look like a better driver than I really am.

Despite the fact that I’d never driven the car before and had never seen the track in my life, we were instantly among the fastest cars due to the preparation and hard work of my crew back at the shop.

The car drove easily. We had a slight push in the center of the corner and my crew chief, Brian Donati, made adjustments that were helpful and effective.

I wanted a shot at the pole but we fell a few tenths short and started inside row 3. That was good enough to keep us ahead of the inevitable crashes that occur back in the pack.

Halfway through the 100-lap event I was running in second place behind Harvey Harrison and had the fastest car on the track. Donati told me to save the car and not worry about passing him, so I rode behind Harvey until Jimmie Crabtree’s uber-quick #63 car accidentally punted me into the infield on a restart.

That shuffled me to the back of the field and soured my attitude considerably, but fortunately we stayed on the lead lap. Donati told me over the radio to stay calm, be patient, and pick off one car at a time to work our way back through the field.

Thirty laps later he had guided me back to 4th place. By this time we’d picked up a slight push in the center of the corner and the tail end wouldn’t stay behind me in Turn 4, so we were no longer the fastest car in the race.

We were still fast, but I had nothing for the three cars in front of me until the third place machine of Brent Nelson suddenly died smack in the middle of the racetrack as we sailed through the last turn of the final lap.

I felt bad for Brent because he’d driven brilliantly all night. But hey… this is racing. Barely able to avoid plowing into his tail, I dove underneath him instead, put the left side wheels off in the grass and took third place by a car length.

Brent told me after the race that something in the fuel delivery system must have failed. He coasted across the line in fourth position.

Harvey was in victory lane and I got the chance to shake his hand, congratulate him, and wonder why he looks so much like Daniel Craig of the James Bond film series. See the picture and decide for yourself.

In two weeks the Super Cup series heads to the Motordrome just outside of Pittsburgh. It’s the fastest track we race on this year and I hope you have a chance to come watch the event. Short track racing is worth the trip. And if you're lucky, you'll get to see a guy like Harvey Harrison.