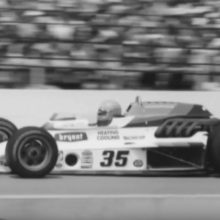 “Racers, Save Your Hearing!” Said Indy 500 Rookie of the Year

The Stephen Cox Blog is presented by “Corvette Miracle: The 1970 24 Hours of Daytona” Larry Rice was one of the finest men in auto racing, but I never quite understood why he always wanted to drive my rental car. It was 1999 and Larry and I were co-hosting what then known as the Championship Off Road Racing series (CORR) on EPSN2 for racing announcer extraordinaire and motorsports entrepreneur Marty Reid. I was in awe of Larry. In addition to his twin USAC Silver Crown titles and USAC national midget championship, he had also won the co-Rookie of the Year Read More