Scroll down for video

May 6, 2013
The 60th running of the most prestigious dirt track race in the world is slated for Thursday, May 23rd at the Indiana State Fairgrounds where the USAC Silver Crown cars will compete in the 2013 Hoosier Hundred.
Yup, I am openly promoting this race and for good reason. I grew up attending the Hoosier Hundred with my dad in the 70's and 80's, back when it was a September event. It was among our favorite races every summer.
I remember sitting in the stands and watching Larry Rice, who would later to become a good friend and TV colleague, try to chase down Jack Hewitt in the final laps of the 1986 race. I still have the ticket stub. We saw some great races at the Indy Mile each year. I pretty much love this race.
So yesterday I called up Bob Sargent, president of Track Enterprises, and asked him a few questions about this year's event. Here they are (hover on photos for captions):
SC: What's up with the date change? You held the race on the Friday before the Indy 500 for several years. 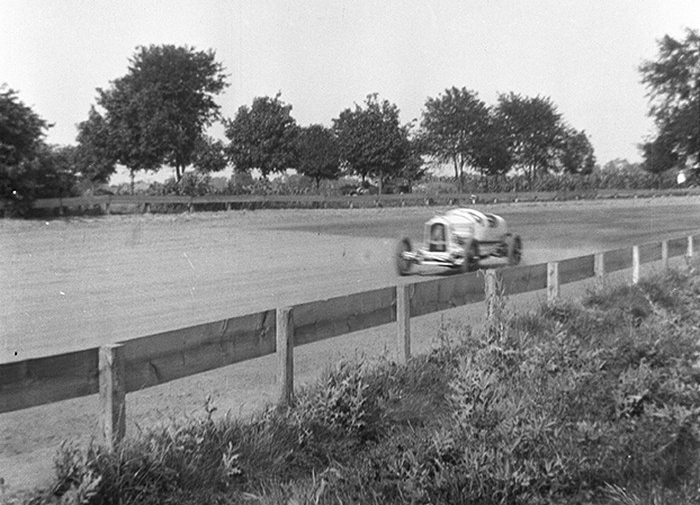 BS: We thought with Carburetion Day being on Thursday years ago, that Friday worked perfect for us. And now they've moved it to Friday and we had to make some adjustments. We felt that Thursday night would be a good night for the fans and for people from the speedway.
SC: You guys (at Track Enterprises) have worked pretty hard to build this race back up after it fell on hard times. How's it going?
BS: It's still on the way up to being recognized as a national event and to being well-attended. Obviously the tradition is huge here. This is our 60-year anniversary for this event and USAC is doing a much better job promoting the race and the Silver Crown cars. We've even got a little NASCAR flavor with Ken Schrader coming to race the modifieds, so we feel we're definitely going the right direction.
SC: Why the low car count last year? The Silver Crown fields just weren't that big.
BS: (USAC) tried a different kind of fuel last year and some of the car owners just didn't want to run it, so they were a little low on car count. It seems they've got some new and young car owners and drivers now and we're going the right direction to build this car count back to where it was back in the day. 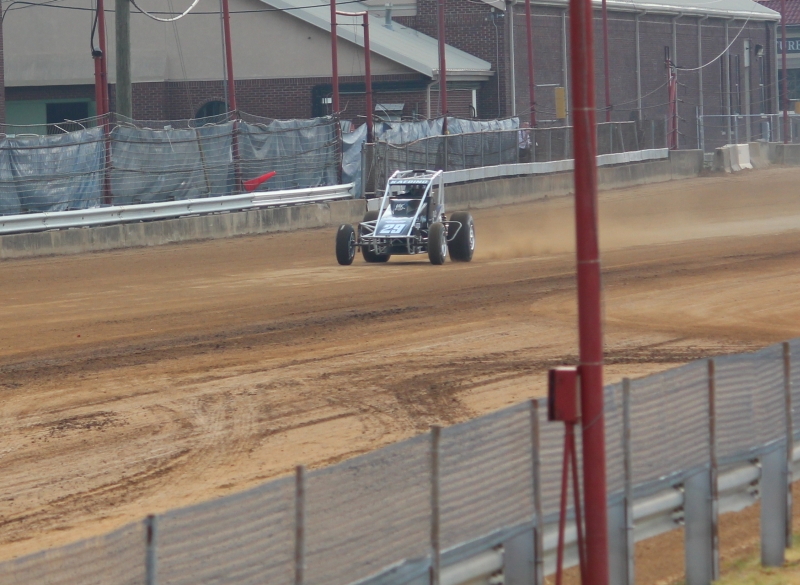 Bud Kaeding qualifies at Indy near the same spot in 2012; the track surface remains unchanged.

SC: If you were going to offer people just one good reason to attend this year's Hoosier Hundred, what would it be?
BS: There aren't a lot of different types of cars that can race on a dirt mile. Silver Crown cars fit the Indianapolis Mile just perfect… it's the excitement and the history combined with drivers like A. J. Foyt, Parnelli Jones, Tony Stewart, Jeff Gordon, and on and on racing these kinds of cars. We have a beautiful facility at the Indiana State Fairgrounds and a one mile dirt oval. This is very unique. We can watch asphalt races go round and round every Sunday but these dirt miles are very historic and there aren't very many in the country left.
I hung up the phone thinking about Bob's last comment. The Hoosier Hundred at the Indiana State Fairgrounds is as close as you will ever get to a motorsports time machine.
This is the track where racing legend Barney Oldfield pushed an automobile past the 60-mph barrier for the first time in June 1903, and everything remains the same today. The grandstands are nearly identical in construction and on precisely the same spot. The start/finish line and flag stand are within inches of their original positions. The track surface hasn't changed by an inch.
The Hoosier Hundred was first held at the fairgrounds in 1953. It was won by Bob Sweikert, who would seal his legacy by winning the Indy 500 in 1955.
Johnny Parsons set a track record at over 108 mph at the fairgrounds in the summer of 1975, just two years after 17-time national champion Mert Lawwill set a motorcycle speed record here.
Parsons' 108-mph record was smashed in 1989 by the incomparable Rich Vogler.
Look… the history of this event and this racetrack would chew up ten more articles. Just do yourself a favor and be there on May 23rd.
I'll be sitting in Turn One with my dad.
Stephen Cox
Sopwith Motorsports Television Productions
#20 Boschett Timepieces/Ed & Co. Racing Supplies ARCA Truck
Co-host, Mecum Auto Auctions
2013 Hoosier Hundred Preview

Director, Stephen Dale, Sopwith Motorsports Television Productions
Facebook Comments
« MOTORING: The Driverless Car is a Stupid Idea and I Hate It and You Should, Too
THE INDY LIGHTS SERIES IS IN TROUBLE: Here’s Why »