After scoring their first victory in the Super Cup Stock Car Series last year, Packs Racing will expand to become a two-car team for the 2012 season.

gine Performance and Boschett Timepieces, will follow him when he takes over his new ride at the April 28th season opener at Columbus Motor Speedway.

On paper, the new pairing makes Packs Racing one of the stronger teams in the series. J. J. Pack won the 2011 Webb’s Auto Body 100 on his way to a 7th place points finish. Cox has two road racing titles and 14 career wins on both ovals and road courses. The tandem is expected to vault Packs Racing into immediate contention in the 2012 Super Cup title chase.

“All of this came down p 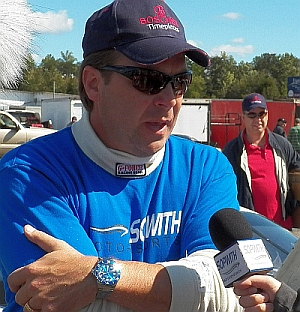 retty quickly,” Cox said of the deal that was closed last week. “This is one of the best seats in the series. The team is a consistent front-runner. Packs Racing has a very secure team situation and that's vital. They’re committed to the series, they've got good equipment and they’ve got good people. I'm thankful to have the opportunity.”

Cox’s effort to win the Super Cup championship will require some luck and good timing, as he has a pre-existing obligation to Velocity Channel as a host of the Mecum Auto Auction. A conflict between the two could knock him out of championship contention. Neither Super Cup nor the Mecum Auction has yet released their full 2012 schedule.