BACK IN TIME: A New York Watchmaker Turns Back the Clock to Re-Live an Automotive Memory 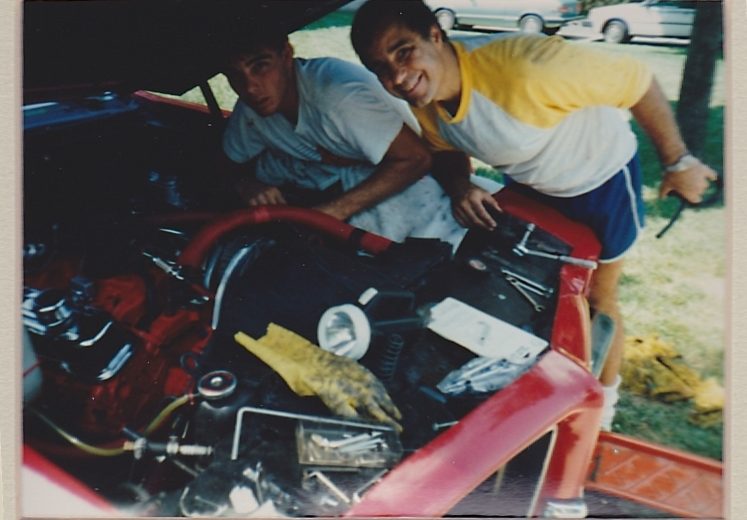 November 9, 2015 | No Comments
Categories: Collector Cars.
Tags: classic cars, collector cars, Mecum Auctions, Muscle cars, NBCSN, Pontiac automobiles, Pontiac LeMans, and Stephen Cox.
November 9, 2015
The Stephen Cox Blog is Presented by McGunegill Engine Performance
Keith Boschetti didn't have his driver's license.
It was the autumn of 1985 and his 16th birthday wasn't until the following February. But like every teenager in the 1980's, he wanted a car. And it had to be a muscle car that he could drive with pride.
“I didn't just want a car. I wanted a cool looking car. I wanted something special,” Boschetti said from his New York office, reflecting on his childhood in Bergen County, New Jersey. “I remember getting my first car – a 1971 Pontiac LeMans – in the fall, around November or December of '85. But we had bought it before I could even drive. So my parents parked it alongside the garage and for months I couldn't drive it.”
Instead, Boschetti and his father, Philip, spent their time under the hood. “We wanted to make the engine run a little better so we took it apart, we dressed it up and we painted it. We cleaned the parts and we put it all back together. Then we put chrome valve covers on it. We made it look pretty cool.”
“That gave me a really good knowledge of the parts of an engine. And it was a father and son thing. It's one of the really great memories I have as a kid.”
Boschetti owned the car for the next four years, driving it back and forth to high school every day. Arriving in a nicely presented V8-powered Pontiac LeMans made him the envy of his car-loving peers, and all those daily drives to his high school remain etched in his memory even today.
They say you can't go back, but thirty years later Keith Boschetti decided it was time to do just that. “I had it in my mind that I wanted to get another old LeMans. I'd been looking for about a year. So I'd go to the Mecum web site every so often and see what's for sale. Over the last couple of months I started looking harder and seeing what's out there.”
“Then I saw one for sale at Mecum Monterey and it looked pretty decent. I spent a week or so deciding if I wanted to fly out there. I didn't know if I wanted to buy the car without seeing it. Then again, I felt that I would have wasted a trip if I went and chose not to buy it. But I really thought it was the right move for me. So I said, 'Okay, let's do it.' That's how I got from New York to California.”
For Boschetti, flying across the continent meant more than simply buying a car. It was the totality of the experience that made it special. He was able to enjoy every moment at Mecum's most exotic location. Boschetti saw hundreds of the world's rarest automobiles, spent hours examining his target car, and witnessed the industry's top auction team up close.
“I really felt comfortable with Mecum,” Boschetti said. “I had been to an earlier Harrisburg show and saw it all first-hand. But Monterey was really unique because I flew three thousand miles to do it. The Mecum experience was just fine. It was a pretty good way of getting a car at a good price.”
Boschetti bid on the LeMans and won. With the assistance of the Mecum staff and Reliable Carriers, his new Pontiac made the coast-to-coast trip in a matter of days and now resides at its new home in New York.
“I'd forgotten that you can actually work on these old cars,” Boschetti said after taking out the seats and installing a new stereo system. “They're so simple. There are no computers and everything comes apart so easily. It's really been fun. My original car had the same 350 engine, the same transmission and the same amenities as the LeMans I just bought at Mecum. ”
The LeMans is now receiving fresh bodywork and a new paint job to make it look identical to the car Boschetti drove to high school in the 1980's. But once the work is complete, the LeMans has one final job to do.
“Once I get the car painted, I'm going to take it back to my old stomping grounds,” Boschetti said. “I live about 45 minutes away from where I grew up, and that's one of the things I wanted to do – to recreate the drive from my old house to my old high school. So I'll drive it down to the house I grew up in, and I'll drive the same route that I once used to go to high school.”
“Essentially I traveled 3,000 miles to go back in time 30 years and get the car that would take me back to a memory.”
Today, Keith Boschetti is president of Boschett Timepieces, a New York-based producer of fine watches for men. You can reach him through his company web site at Boschett-Timepieces.com… or just watch for a beautiful 1971 Pontiac LeMans driving the back roads of Bergen County, New Jersey, on its way to the local high school.
Stephen Cox
Sopwith Motorsports Television Productions
Co-host, Mecum Auto Auctions on NBCSN
Driver, Boschett Timepieces/McGunegill Engines #21 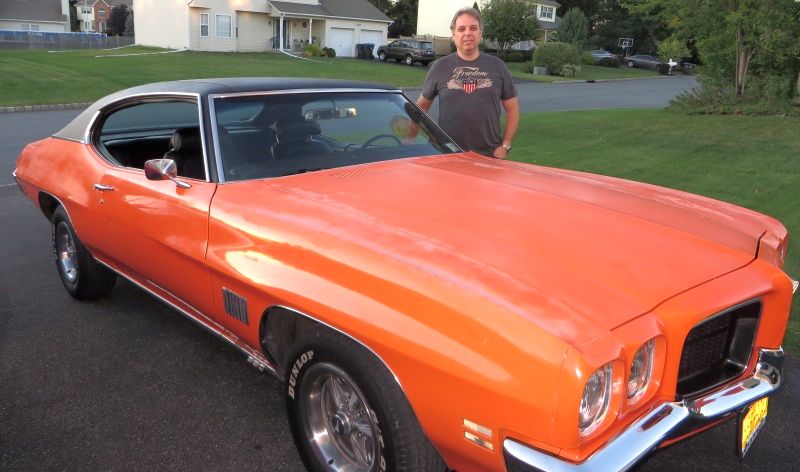 Facebook Comments
« INDYCAR: What Jack Hawksworth Means for Open Wheel Racing
MOTORING: How To Get A Great Two-Seat Roadster For Very Little Money »