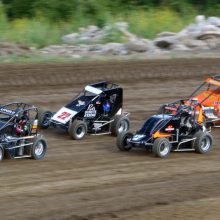 . Stephen Cox Blog Presented by McGunegill Engine Performance The Indianapolis Motor Speedway has announced a new event designed to draw short track fans back to the mecca of motorsports. A quarter mile dirt track will be constructed inside Turn 3 for a USAC midget race, which will be held in the first week of September in an effort to pump up sagging attendance at the Brickyard 400 stock car race. Speedway president J. Douglas Boles told the Indianapolis Star, “The short track community in a lot of ways is the heart and soul of racing, so… we thought, ‘Is Read More 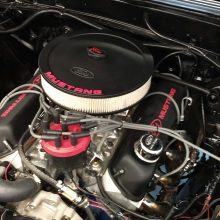 . Stephen Cox Blog is Presented by McGunegill Engine Performance Ford Motor Company built 128,893 Mustang coupes during the 1980 model year, making my Medium Blue Glow four cylinder example anything but rare. I bought the car when I was seventeen and it was my primary transportation for a decade. It now has nearly a quarter of a million miles on the odometer. Since the car has little value, I figure there’s no point in selling it. I might as well rebuild the car into what Ford would and should have created had it not been for the interference of Read More 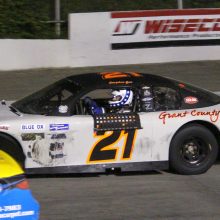 . C7R Motorsports driver Stephen Cox didn’t have the car he wanted in qualifying for Friday night’s twin 50-lap Super Cup Stock Car Series events at Kingsport Speedway, but he was fast when it counted. Starting in ninth position at eastern Tennessee’s “Concrete Jungle,” Cox’s STA-BIL Brand Fuel Stabilizer #21 won Super Cup’s Hard Charger Award by improving eight positions for a runner-up finish to Ben Ebeling, who won by two car lengths. “The last caution came out with four laps to go,” Cox recalled. “I tried everything. I tried to push him down to the bottom of the track Read More 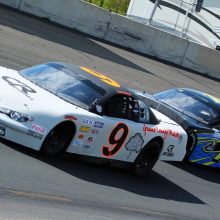 . Indianapolis racing driver Stephen Cox will return for another run at a Super Cup divisional championship this year behind the wheel of the STA-BIL Brand Fuel Stabilizer #21 at this weekend’s Operation: Johnson Kitty Friday Night Thunder at Tennessee’s Kingsport Speedway. The Super Cup series will headline the night’s activities with dual 50-lap main events, each featuring at least three drivers with multiple starts in the Daytona 500 (Bob Schacht, Brad Teague, Mike Potter). “These guys are so hard to beat. Everybody’s fast now,” Cox said. “The series has grown so much over the past two years that in Read More