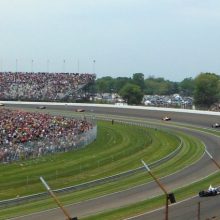 INDY 500: Bump Day Happened This Week And No One Noticed

Stephen Cox Blog Presented by McGunegill Engine Performance As most racing fans know, two-time Formula 1 champion Fernando Alonso is slated to run the Indianapolis 500 in a Honda-powered entry from Andretti Autosport. Less well known is the fact that my Electric GT Championship competitor, Stefan Wilson, was bumped out of his confirmed seat with Andretti so that Alonso could inherit the ride. In return for quietly stepping away from a confirmed Indy 500 seat, Wilson was promised a grab bag of favors including preferential treatment for a future ride. This deal makes sense for everyone on a lot of Read More 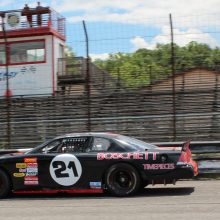 Stephen Cox Blog Presented by McGunegill Engine Performance My only race at West Virginia’s Ona Speedway was with the Super Cup Stock Car Series on June 2, 2012. Driving the Boschett Timepieces #21 for J. J. Pack, we had a strong race car and finished a very respectable third in only my second series start. I was really happy with third until I learned that the two cars ahead of me were accused of illegally soaking their tires. This would have made me the first legal car across the finish line. Head slap. Now, of course, third place seems terrible. Read More